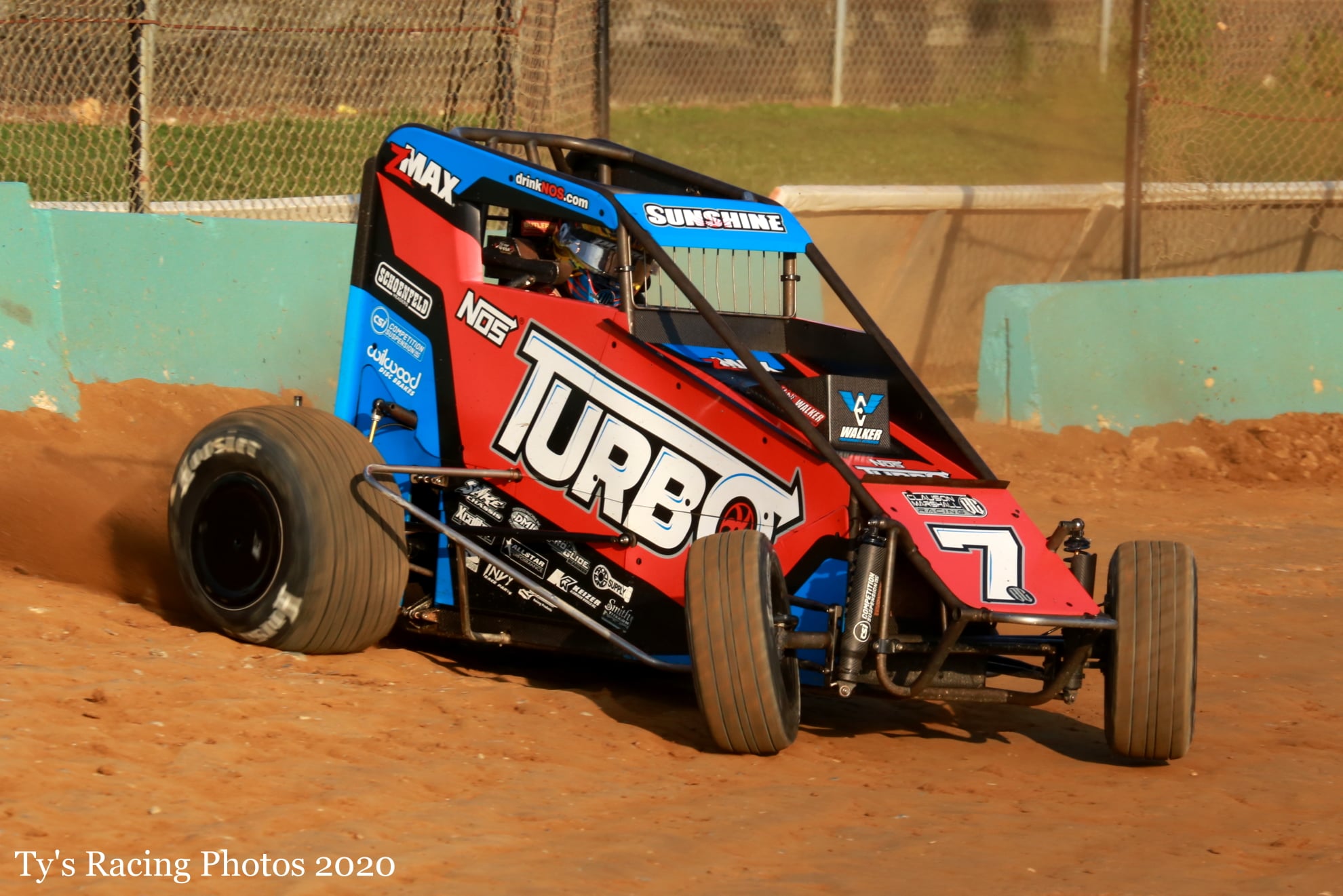 The USAC NOS Energy Drink National Midget were once again a must-see event at Championship Action Track USA on Wednesday August 5. Tyler Courtney suffered a problem in time trials that only allowed him to get one lap. That one lap was enough though. After heat races were sorted out it was Courtney on the front row of the feature event and he the 30 lap feature from green to checkered. It was the first win at Action track for the Indianapolis, Ind. Native who has races Speedstrs and 600 Micro Sprints at the track as well.

Tyler Courtney’s win Wednesday night came with precision through lap traffic and a quick move to avoid a spun Kevin Woody at lap ten of the main event. The restart put the field on Courtney’s rear bumper, but it was to no avail. Courtney drove away again leaving a fantastic battle for the second spot raging on between Tanner Thorson, Christopher Bell, and Buddy Kofoid.

Thorson, the nights quick timer, would finish in second with Bell third. Justin Grant and Cannon McIntosh were the top five finishers. McIntosh was the nights hard charger from 18th.

Eddie Strada’s Speedweek victory came after challenges for much of the event from Billy Pauch Jr. and Jesse Maurer. In the end Pauch Jr. and Maurer ended up battling each other and Colin White while Strada drifted away.

Strada gained the most passing points after time trials and the heat races to earn the pole position for the feature.

Wednesday August 12 the USAC All Pro SpeedSTRs will return along with the Hyper Racing EVO Injection 600 Sprints and the Junior Slingshots. It is the Fair Nationals race for the 600 Sprints paying $2000 to win with gamblers bonus and is run over 60 laps.

Sunday, August 16 is Action Track USA Championship Event with the SpeedSTR’s 40 Laps $3000 to WIN race. Joining the Speedstrs to close out the week are the 600 Sprints and All Star Slingshots.