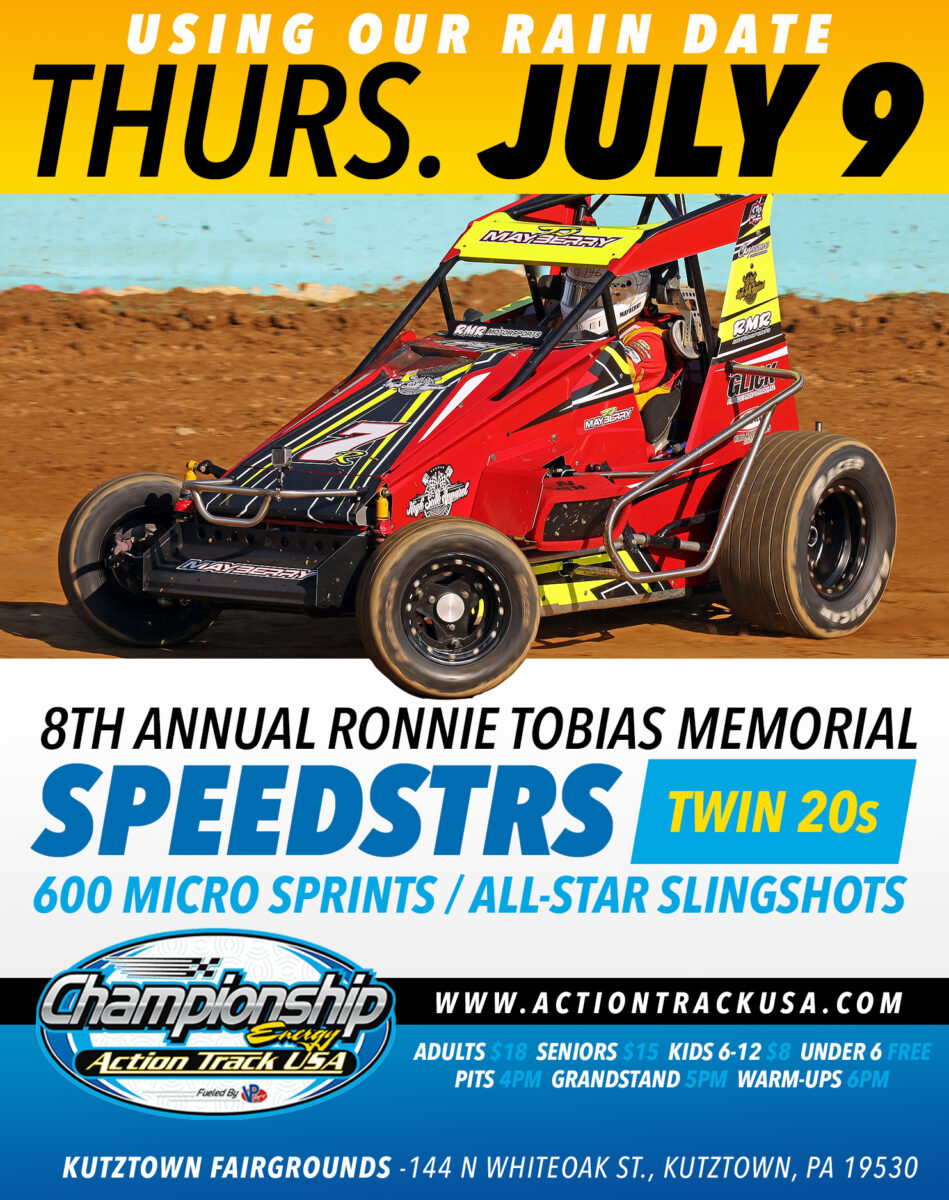 THURSDAY THURSDAY THURSDAY, With today’s weather forecast of possible rain all day and evening we are going to use our Flex Date of Thursday, July 9th for the 8th Annual Ronnie Tobias Memorial. See you all tomorrow evening, same times. Thank you!

Regular programs for the Hyper Racing EVO Injection 600 sprints and All-Star Slingshots will also be on the card.

You can also catch the action on Speed Shift TV and FloRacing as our racers get the national recognition they deserve each and every week around the world.